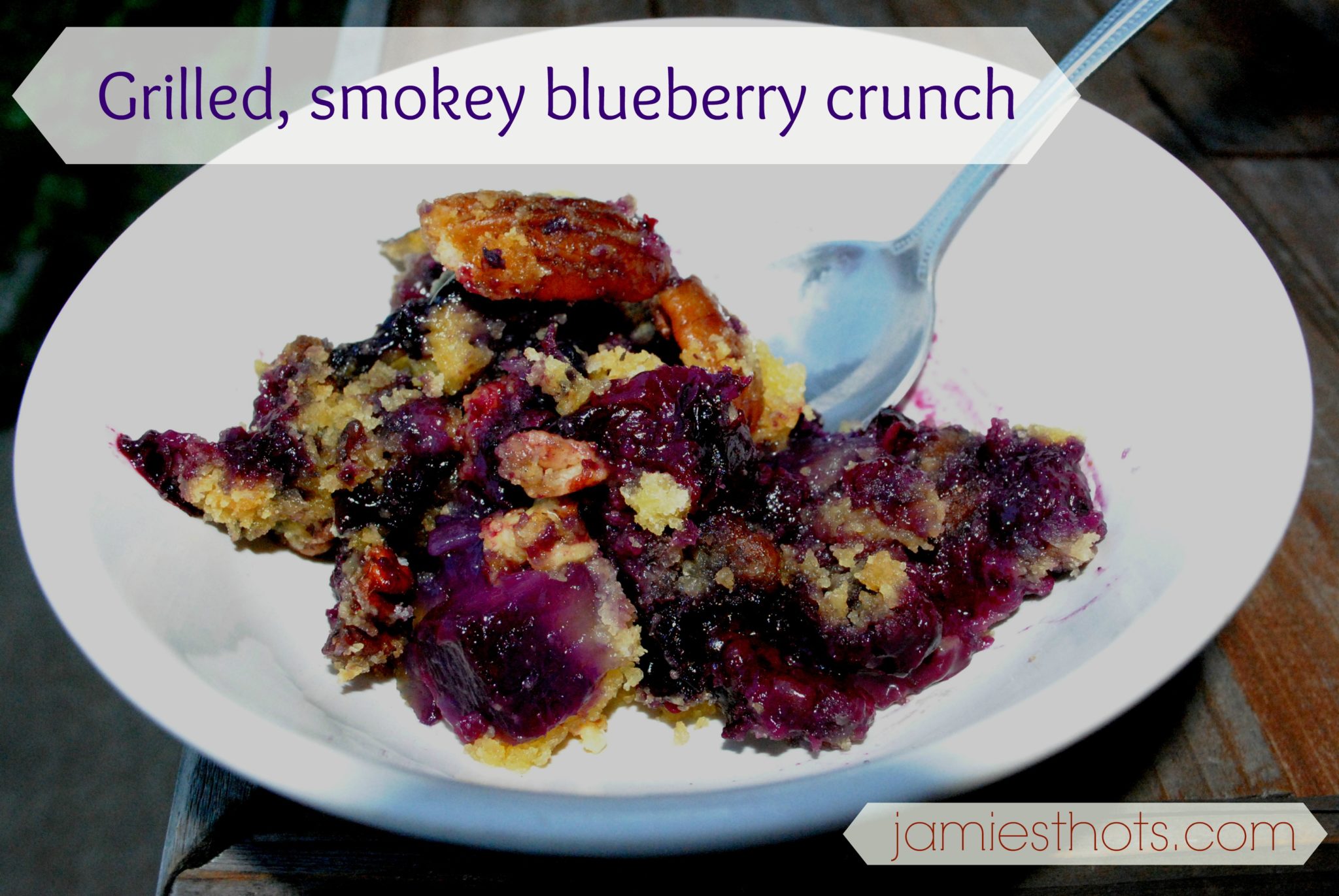 Most people who know me know I like sweets but because of health reasons, I only eat them in small amounts. My favorite is chocolate (especially chocolate with mint or toffee). My husband, though? Not so much. He’s developed more of a sweet tooth since marrying me but I swear he would have had steak as his groom’s cake instead of actual cake at our wedding if I had agreed to it.

The one exception seems to be blueberries. Not just anything flavored blueberry, either. I am always buying him blueberry flavored stuff and sometimes it hits the mark and sometimes it’s out in left field of dessert land.

So last year when he found a blueberry dessert on Facebook, we of course made it. And we both loved it. A lot. It’s a blueberry crunch dessert that you make on the grill, which means two things: no heating up the oven and it gets a rich, almost smokey flavor from the charcoal. Another aspect of this blueberry crunch that I like is that it uses pineapple to blend with the blueberry instead of the traditional lemon. John really doesn’t like lemon-flavored anything and I’m not a big fan of blueberry and lemon together.

I honestly don’t know where the original came from except for “Facebook” but I was able to find it in a couple of places like here. We used almost identical ingredients with some variations for taste or, if I’m being honest, because I got the wrong stuff.

So what blueberry deliciousness do you have? Please leave your favorite blueberry recipe in the comments.