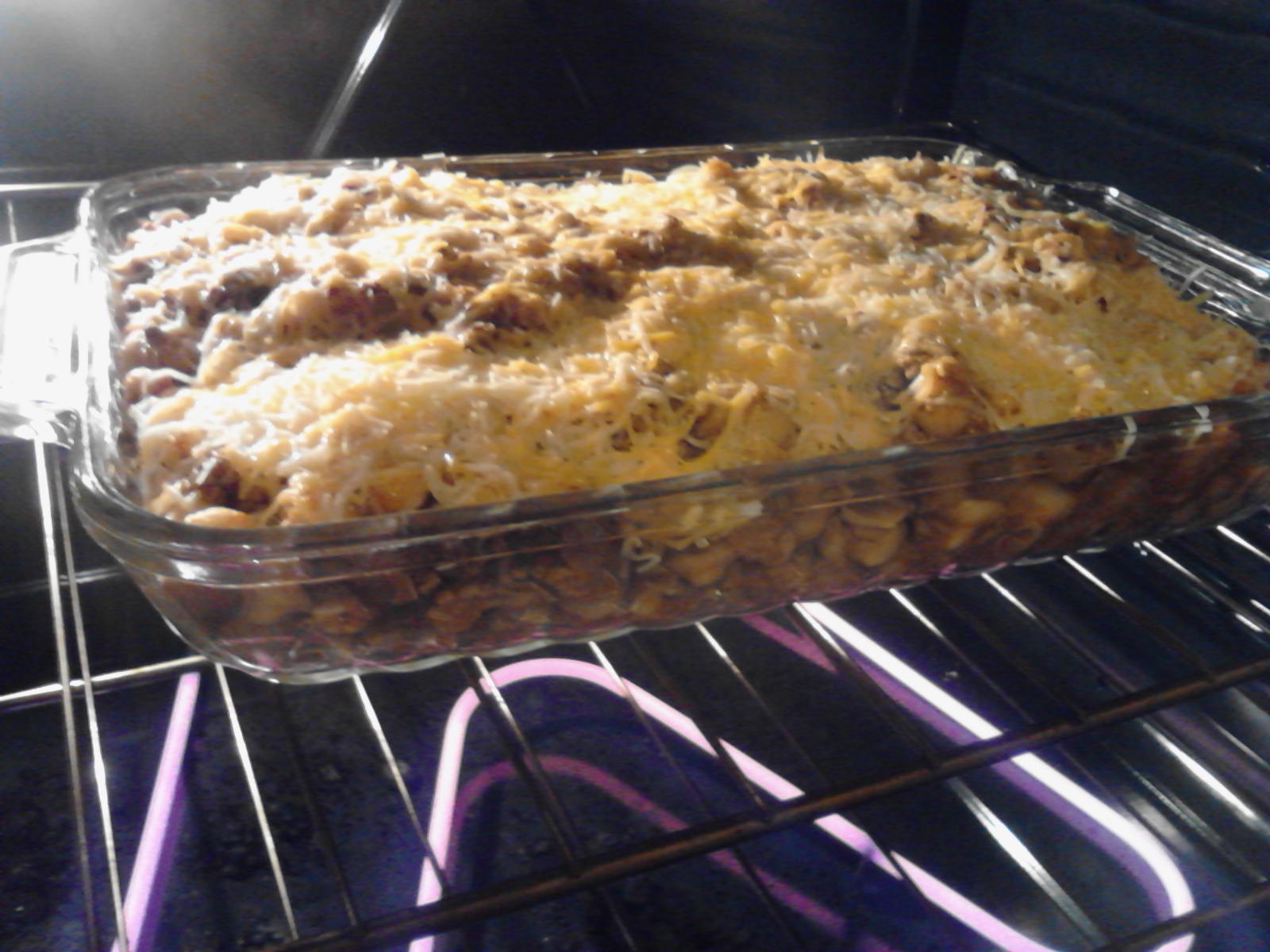 Yep, another Pin It and Spin It! I have fun with this idea that my friend Gina From Desperately Seeking Gina came up with where you find something on Pinterest and make it, but do your own variations either to fit needs, tastes or whims.

I found this recipe for Macaroni and Beef bake from Ruhlman.com and John and I decided it sounded good for our weekend meal. We both like Hamburger Helper type stuff but I have a very bad reaction to it so we rarely have it (I never do). We thought this was a great thing to try as a homemade substitute.

When we read the recipe more closely, we realized that we didn’t want to make it exactly the same way. What came out ended up being almost all different ingredients or cooking methods. Once we finished, we realized ways we could or should have made this differently.

Our process for making pasta and beef bake:

What we coulda shoulda done:

What have you been pinning and making lately? Check out more on Gina’s Pinterest Board.