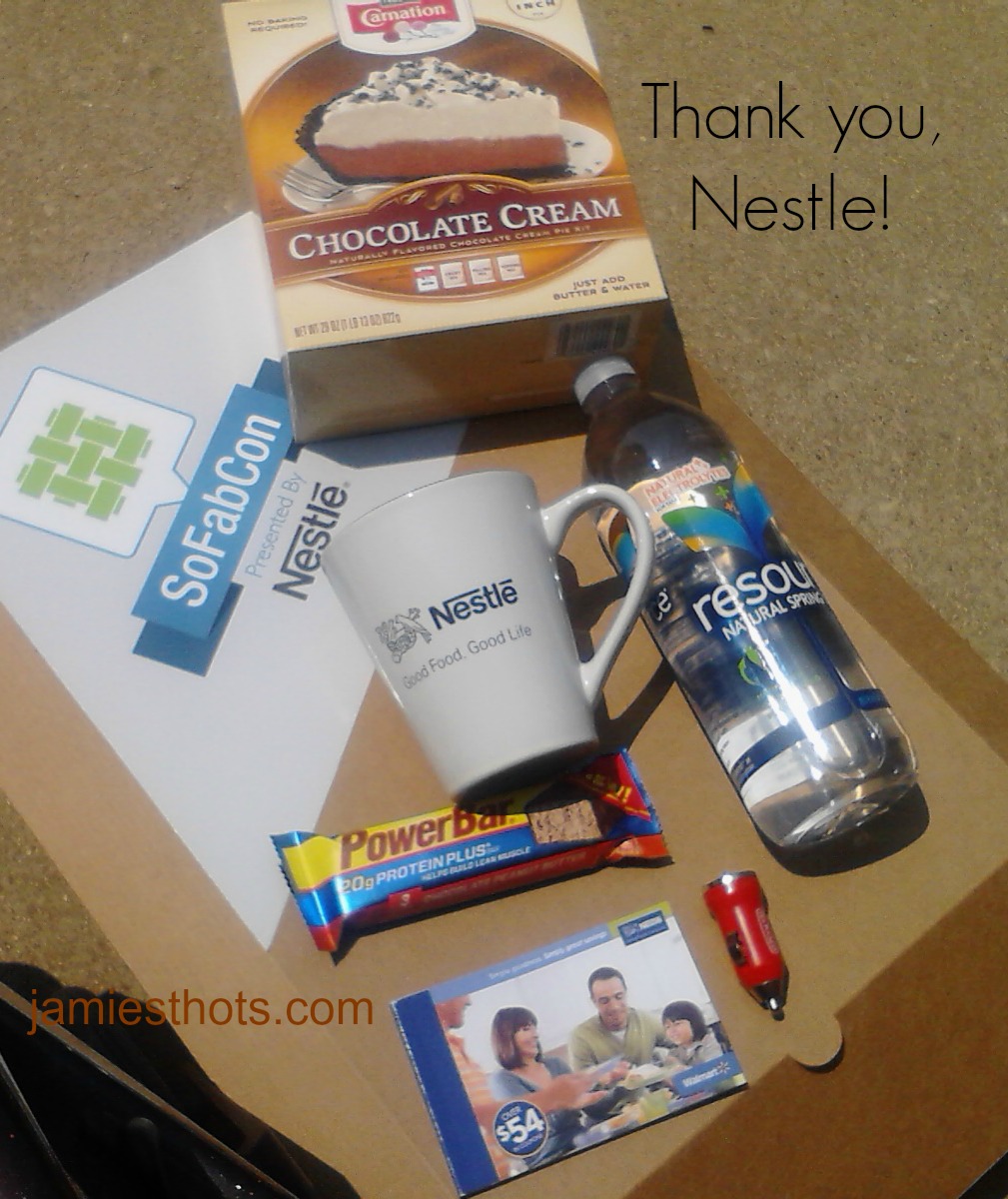 I received a free box of products from Nestle as part of their sponsorship of the Collective Bias SoFabCon event. I am not obligated to write a post in exchange for this gift. All the opinions are my own.

I’m the first to admit that I can be like a little kid when it comes to getting packages. It doesn’t matter if it’s medical supplies or something special I ordered, I love it when FedEx, UPS or the postal service delivers a package to our door.

So when I found out from a group of friends who attended the same SoFabCon blogger conference I did in May that they were getting UPS notices that packages were on the way, I got excited. We figured out that if we were all getting the same package size from the same place to be delivered roughly on the same day, that it had to be related to our conference! I went to the UPS website and signed up for the free alerts and joined in the fun. Yes, I was expecting a package! Woo HOOO!

Conference organizers told us that Nestle, which was the key conference sponsor, would be sending us “something” in the mail. To be honest, I figured it would be coupons for chocolate or maybe a small product or something. All of us in the same group talked on Facebook about our updates from UPS and what we thought might be in the packages, including trying to figure out if they were from Nestle.

At one point throughout the day, I even opened my door in anticipation because I heard a heavy truck go over our speed bumps outside. I can’t tell you how disappointed I was to only find the stupid garbage truck!

Then this guy came I opened the box that I received and got a little giddy to realize that yes, it was from Nestle!

One would think that a company many associate with chocolate would not ship something in late June/early July. They were smart, though! Nestle introduced us to some newer product lines and a few branded products that bloggers could find useful. Oh, and none of it melted. That was a source of concern for those experiencing a heat wave. This was a great surprise and I can’t wait to try out some of this stuff (heck, the water is long gone).

What kind of cool surprises have you received in the mail? Leave a comment and share your story!