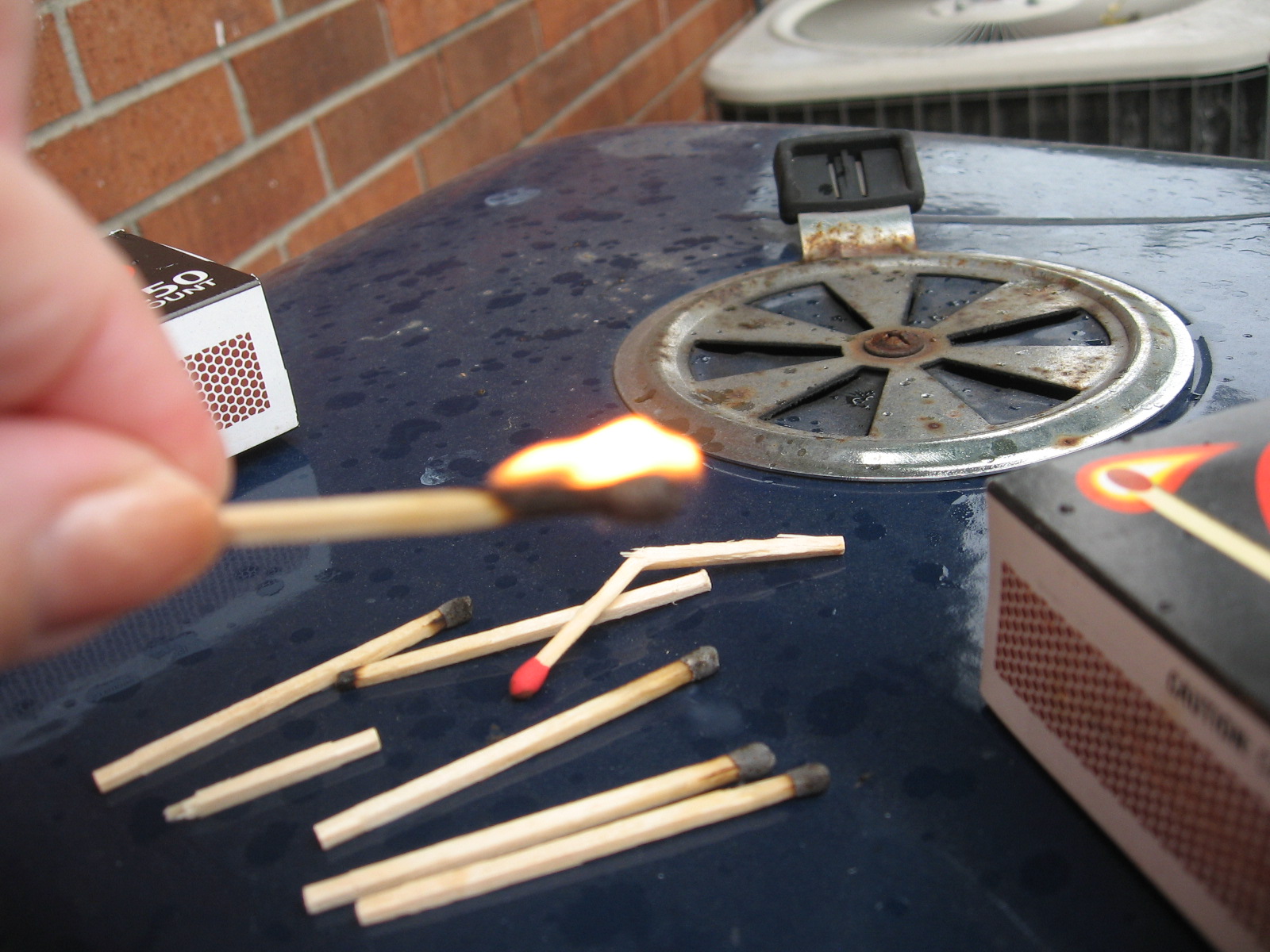 Technially, spirtophobia is simply the “fear of matches or match books” (yes, there is apparently a word for this). But it’s the closest way to describe a phobia I’ve had since a child and what let me be featured on today’s Arkansas Women Bloggers Wordless Wednesday post. As a point of explanation, Wordless Wednesdays are blog posts posted on Wednesdays (obviously) that are just pictures, no words. The month of October features the theme Phobias over at ARWB so each guest blogger is writing around that topic.

I decided it would be fun to explain my story and how it came true!

Check out the full collage of photos I made for Arkansas Women Bloggers but here is a sampling:

OK, so a few notes about the above picture. Note that the head of the match is already black, meaning it already burned. Also notice that the flame has left the head and is traveling down the stick. Arggghhhhhh!!!!!!!!!!!!

The story behind the story

So here is why this kind of thing has always freaked me out. When I was a kid (no idea how old, but obviously old enough to use a match with limited supervision), I struck a match to light a candle then set the burned out match down on the doilie that was under the candle. I was instructed to not set down burned out matches on the doilies or on paper because the heat from it could light the flammable material or the entire match could catch a breeze and relight somehow.

Not logical, right? Since then I’ve been a little freaked out about using matches. It doesn’t help that I’ve had to cover news stories where a fire was started in a trash can because someone threw away a match that hadn’t cooled. I mean it has to be true, right?

So anyways, the other day when I was lighting matches (gulp!) to get photos for my Wordless Wednesday post at ARWB I couldn’t believe what happened. I went outside to get the photos because of the better lighting. There was a slight breeze so I had a bit of trouble with the matches blowing out before I could get a shot. So, I put a match out of the wind then brought it up when I had snapped the photo.

Then it happened. The breeze caught the match and it relit!  Not only did it relight, but it didn’t stop at the head. It kept burning down the stick until I freaked out and shook it until it went out. I was getting ready to throw it in the dog’s water bowl!

Whew. That was a close one. I think I’ll continue using cigarette lighters (no, I don’t smoke) and fireplace lighters for all fires I feel the need to start.