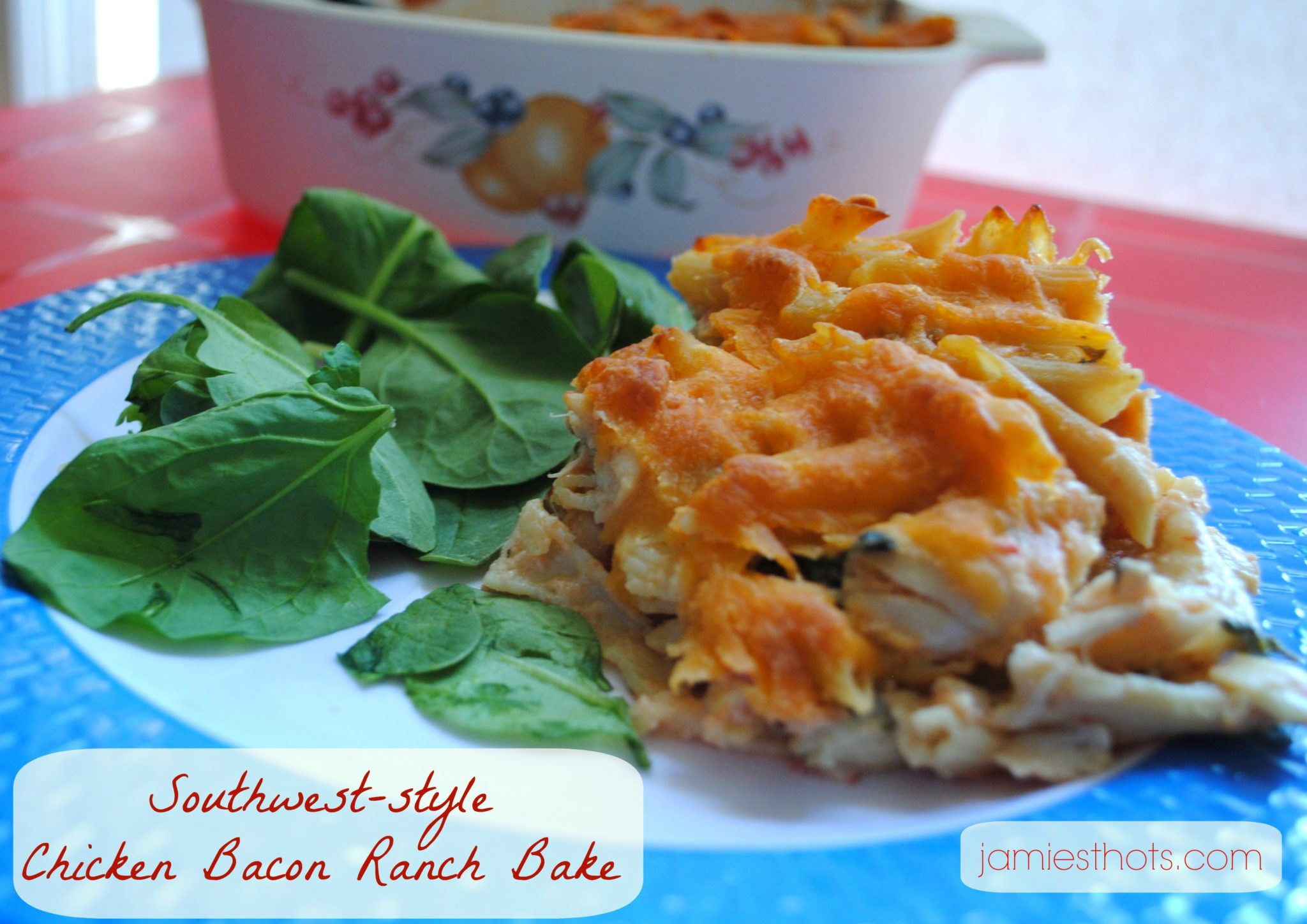 A few years ago, we tried a few of the Great Value brand (Walmart) casseroles. I think this was around the time we were first married or perhaps when I was first laid off and we were trying to live on the cheap. Anyways, some were icky, some were OK and one was so fantastic we bought it every few months for years. The Southwest-style chicken pasta bake is not available in our closest Walmart now that we live in a different area of Northwest Arkansas.

Like other store-bought items we love, we often wondered if there was an easy, healthier version of the casserole but never did figure it out.

Fast forward a couple of years and we were trying out a new chicken/bacon/ranch casserole I had found on Pinterest. I’m not usually one to follow trends; in fact, I try to avoid liking certain things just because they are a trend! One exception is chicken/bacon/ranch combined in food. Salads, sandwiches and casseroles all are great ways to combine these three flavors.

What came out didn’t taste like traditional chicken/bacon/ranch. In fact, I couldn’t taste the ranch at all until John added a whole other half a cup of ranch dressing. But you know what it did taste like? Yup, you guessed it. A more natural version of that delicious Southwest Chicken Pasta Bake! Woo hooo! A couple quick notes before I share our version of the recipe, which was inspired by this blog. We try to eat as low sodium as possible because of John’s kidney condition and I’m not able to handle lactose so I can’t eat this dish in large quantities.

So let’s get to that recipe, shall we? I’m going to share how I made this dish but there are a few things I might do differently next time we make it.