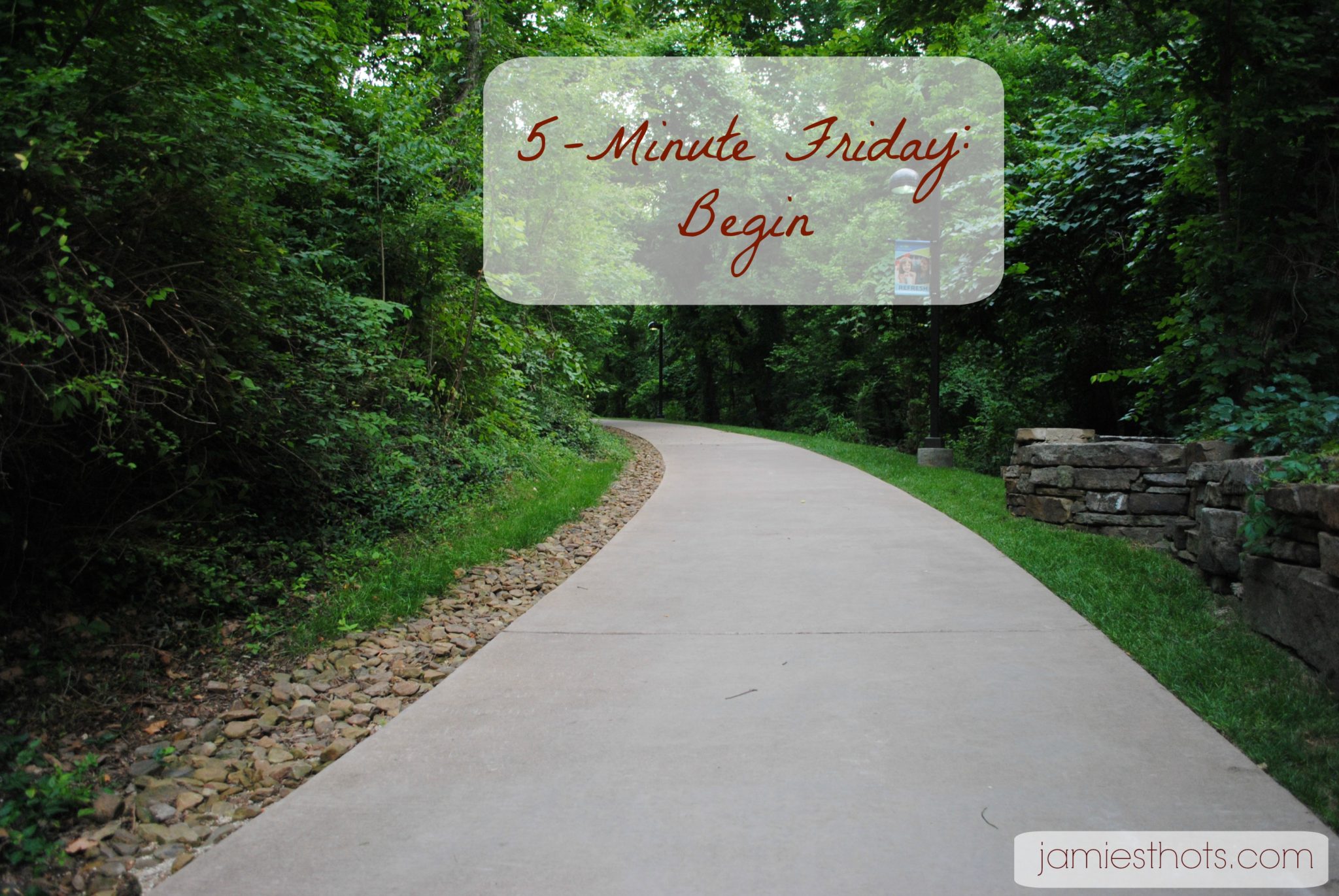 There’s a fun and actually meaningful trend among bloggers to participate in a Five Minute Friday challenge (#FMFParty) where we each respond to a one-word prompt and write on that word for five minutes. We don’t edit, we don’t care about nice fancy photos. It’s about writing and responding. That’s it. I’ve been meaning to participate for several weeks and then forget. Even now, I’m about 90 minutes late and just discovered I chose the wrong prompt (I looked at the wrong blog). Today’s word is supposed to be “Change” but I am sticking with the prompt from a couple of weeks ago, “Begin.”

So here goes five minutes of writing on Begin:

The word begin means a lot to me this week because I began something that’s been a goal for a long time. I’ve wanted to write a book for a long time and even started a book of “essays” that were based on blogs I had written. My heart was never in it and I realize now it just never felt “right.”

I think the fear has been “well, I started this one book and never went back to it and I don’t want to fail like that again.” But really, how is it failure to not spend time on something that isn’t a right fit? It’s just taken me this long to get the guts to try again.

The book is for my business and doesn’t have an official title yet. It’s based on seminars I’ve done about how and why a business or organization should have a blog. I’ve got the outline pretty much done and now just need to flesh it out. My goal is to have it done by October if not sooner.

I think trying to begin something is the hardest thing for me. The whole idea creation is my best talent and I try to see things through. Once I get started writing I can just write and write. But that moment where the first words are put on the page … that’s where I sometimes struggle.

But you know what? I”m proud of myself. It’s just an outline but it’s a beginning, a start. I feel like once I get this first one under my proverbial belt I can produce the next two books that are in my head and heart.