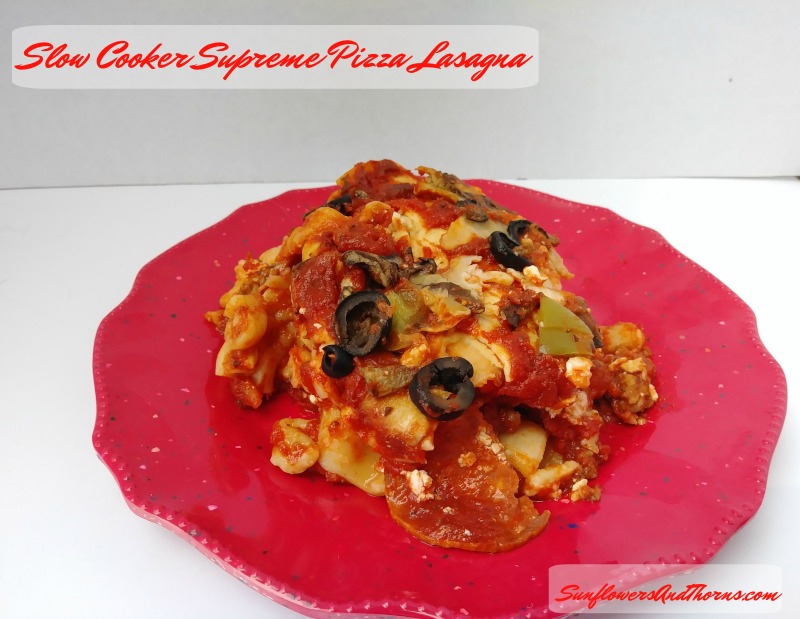 I love lasagna, supreme pizza, and slow cooker meals. In this recipe, we combined all three! When my husband and I started discussing what food we wanted for the weekend, we agreed we wanted something simple that wouldn’t heat up the kitchen too much. Ironically, some of our favorite summer dishes require extensive oven use and we just weren’t in the mood for that.

John mentioned spaghetti and I said I wanted to try supreme spaghetti or something in the crockpot. He did some research and found this recipe that we adapted to make our own. We changed the sausage a little bit and found a way to add the veggies that are in supreme pizza.

The end result was amazing! We might make a few tweaks next time we make it but I will share how we did it this time. I think this is a great recipe for any season because it’s in the slow cooker.

Here you go! By the way, there are a lot of steps but don’t let that freak you out. It’s crazy easy. 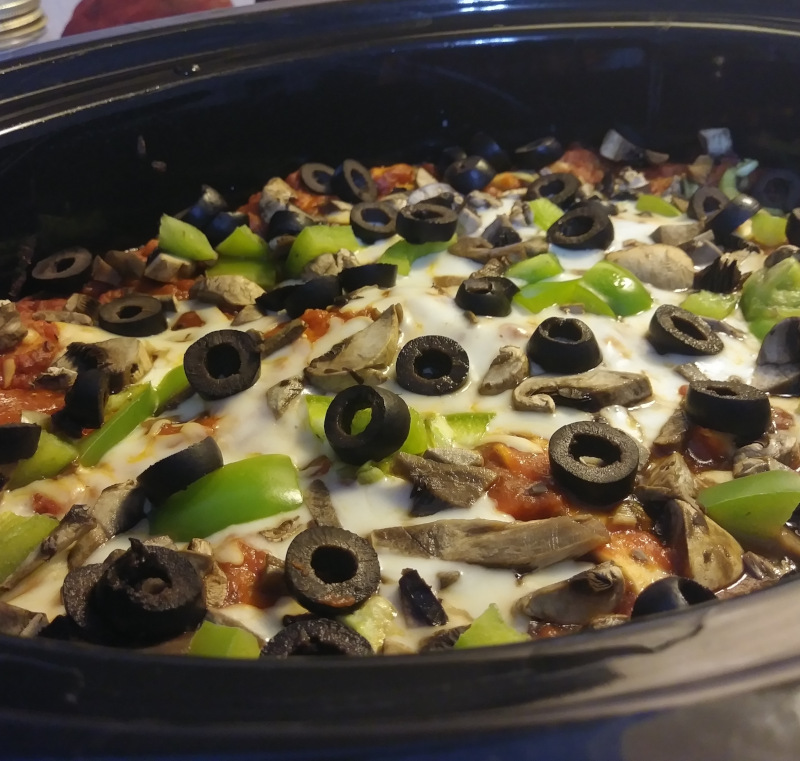 A few notes about this recipe 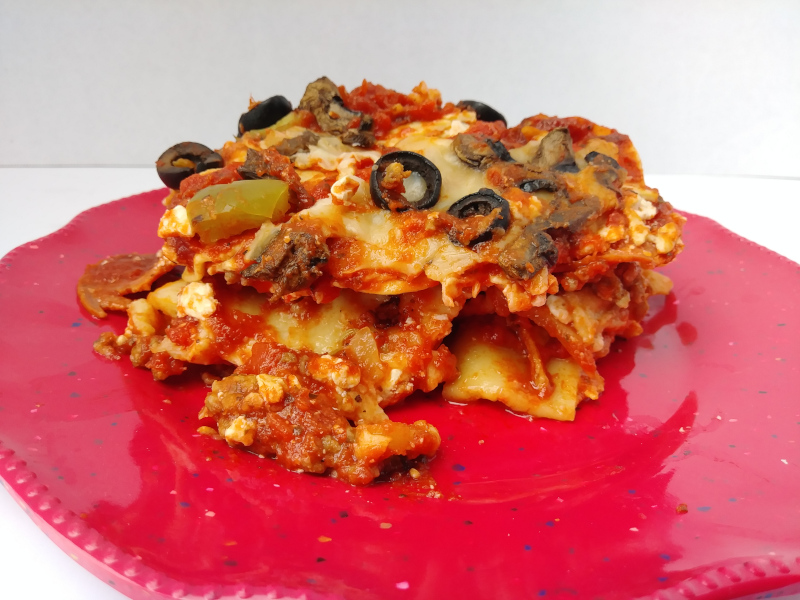