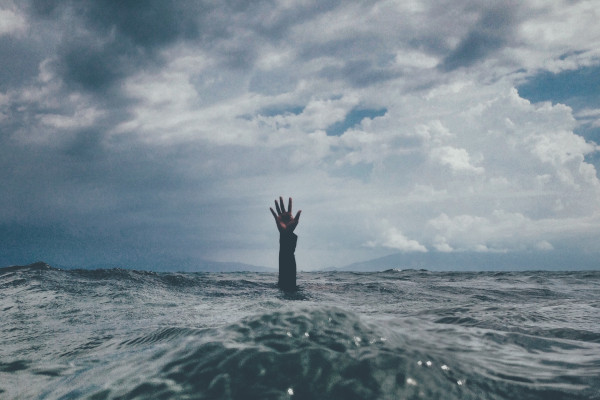 A couple of weeks ago, I fell apart.

It was a long time coming, and, truthfully, would have been better to have happened long ago. I sobbed genuine grief and for the first time in months, I finally didn’t feel this angry, tense, fearful grip on every part of my being. Life is still hard right now so the anxiety is still there but it’s less debilitating now that the proverbial dam has broken.

The last six months or so have been beyond difficult. I can’t narrow it to a single thing as it’s been more the cumulative effect of events, reactions, and happenings that have seemed to conspire against my sanity, my peace, and my overall well-being

Not only has my personal being and my family been affected, but so has my business. I’m desperately trying to catch up but still have a few projects I’m behind on. That’s a major improvement, however, compared to the estimated six weeks I was behind just three weeks ago.

My personal life has suffered as well. I don’t have the energy or time or mental capacity to do anything social. For one, I truly am just that busy dealing with life. But truthfully? I also don’t want to talk about anything going on. The questions, the comments, and the well-meaning but completely unwelcome advice—“you should be doing this” or “why haven’t you/they gotten this taken care of yet” or “you should feel this way”—are just too overwhelming.

I’ve had to stop talking about anything with 90 percent of the people in my life just because of the level of anxiety their responses creates just makes the problems harder to deal with. I’d go as far as to say that the responses have created new and disenfranchising problems just on their own.

I quit posting about any of the struggles on social media and instead of focused on cute memes, fun pictures of pets and food, and talking about how much my husband helps me and loves me. All good things, but I felt like I had to not share the full story of my life. I knew if I disappeared, people would notice. So I was hiding in plain sight.

At this point, you’re probably trying to figure out what could possibly wreak this much havoc? By the way, I share these things with the demand that no one try to sell me anything, offer advice, etc.

I’ve kept quiet about most the details, but here is a snapshot since the beginning of March:

Whew! That makes me tired just reading it. It was more exhausting living it. And it isn’t over, not really.

Here’s the thing. I feel like I’m keeping score of everything that has gone wrong. On one hand, that’s detrimental because it’s preventing me from seeing each thing as a separate, unfortunate thing. Single problems that can be handled individually with grace.

On the other hand, when I look at everything from the last few months as a whole, I felt less like a weak failure and more like someone who just needs to adjust and get a game plan. I realized that life has been more than normal hard and that I’ve responded as best as I could, given the circumstances.

I have hated needing to shut people out, but I still agree it has been necessary. My husband has been a God-send as he’s comforted me, tolerated my anxiety-ridden rages, and worked hard to make life as normal as possible through the chaos.

After the opportunity for a good, hard cry that night, something hit me. In the process of withdrawing, I’ve also shut out God. Sure, I’ve prayed. But not the soul-searching, “Dear God, please rescue me” type of prayer. It was more the “hey, my God has this” mantra I felt I had to feel but didn’t really feel. We are to seek him, not expect him to be our automatic happy place. When we feel abandoned and alone, we need to tell him that.

I still don’t know how I feel about that, to be honest. The realization that I’ve shut God out, too. Part of me feels like I should feel guilty. Ashamed that I would not include God in all of this. Like I should be doing better if I had only included him. There’s that word again, “should.” This is a whole other blog, but the word should in recent weeks has either dripped with guilt on my part or the privilege of others.

I usually can’t stand sharing thoughts, especially struggles, until I have them all sorted out and tied up in a neat little bow. But I know my heart, mind, and soul needed to get this out. But my theme for this year is #GiveThemJamie and I’m not being true to myself if I only show the prettiness. But there is something therapeutic and healing in expressing the heartache.