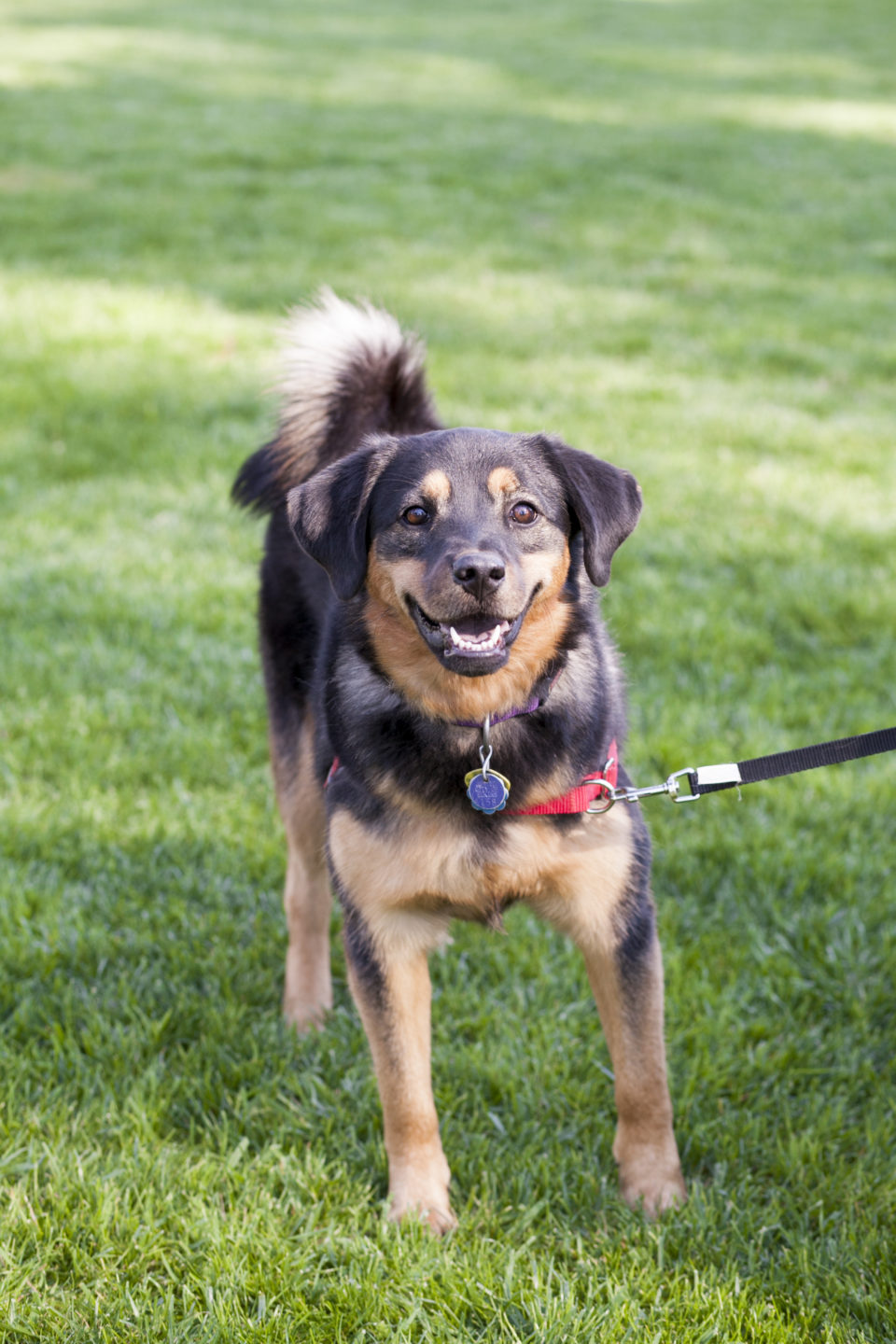 The day we brought Flower home from the local animal shelter was a whirlwind of a day. I had no expectation of coming home with a new pet that day, especially Flower. To be honest, I just agreed to meet her because my husband was interested in at least taking a look.

I will be forever grateful that we did. She was the last dog in the outside kennels that day and I took her lack of barking excitement as aloofness. Instead, I now realize she was focused on me and she was choosing us to be her family. She was the most unique, complicated, and amazing animal I’ve ever met.

She stopped eating the Saturday before and by that Thursday, she had declined so much that there really was no choice. It turns out that two major things were wrong; she was heartworm positive after testing negative just about six months before and her lungs were badly affected, and she developed an autoimmune disorder called IMHA (Immune Mediated Haemolytic Anemia), which is a disease where the body’s immune system destroys its own red blood cells. This often leads to severe anemia and poor oxygen delivery to multiple organs including the kidneys, liver, brain, etc. It can hit hard and fast, as it did with our girl.

Without going into too much detail, it was clear that even if she survived both conditions (incredibly unlikely), Flower & be in for a short, pain-filled life. She was already 10 years old and had multiple painful health problems, including at least one that she had already been given less than two years to live.

There really was no other decision. It was time to say goodbye. We didn’t even bring her home from the vet because she was clearly in so much distress that a car ride back and forth would be miserable. We let her stay there where she could be monitored and given medication to keep her as comfortable as possible so we could come to say our goodbyes early the next morning.

Most unique dog we’ve ever met

We never really knew what Flower’s breed mix was and we never did those DNA tests because we didn’t feel like they were accurate enough to be worth the money. Part of me regrets that decision, part of me is OK with the mystery. It was clear she was a shepherd mix of some kind.

Flower was quirky as all get out. She loved to play and even sleep outside when it was raining or snowing.

I don’t have a picture of this, but she also loved burrowing out the crawdads when our drainage ditch would fill when it rained.

Flower had the strangest little sounds; one was a little airy woof when she wanted your attention (she obeyed the command to “use her words” when she wanted something instead of just staring). The other sound is what I called her puppy purr and she would make it when she was happy.

Flower did always have weird health problems. She was allergic to Benadryl so her first experience fighting wasps didn’t go so well. She just learned to kill them before they could sting her. She also was always covered in cysts and ended up needing them removed at least five or six times. Each time one would rupture or need to be surgically removed, we would have to make her wear clothes to protect the wounds from all the other pets.

She has such a quirky personality. Fun-loving, bossy, and, as we realized after she was gone, the instigator of many shenanigans in our home.

Flower was our third pet. She joined our two cats who were not too sure of a canine sibling but they soon all just got along. Sorta. In many ways, they got along great considering the different species involved. More like siblings who like to squabble.

I wish I had more pictures of Flower with the cats. She and Missy had a special connection as the two species alphas.

Of all the relationships, however, the most important was with Jazzy. They were peas in a pod. Sisters. Best friends. From the moment we introduced them when we thought we were just fostering Jazzy, they were clearly going to have an amazing relationship. We usually had to take them everywhere together otherwise they suffered anxiety. We own two dog crates, but they insisted on sharing a crate. They couldn’t walk on separate leashes without getting confused so we used a joint leash. They answered to their joint hashtag #smithpuppies.

These two were inseparable. Until now.

We will always miss Flower. She was such a special, amazing dog. Grateful to be her family the last nine years. Night night, my sweet girl. Night night.