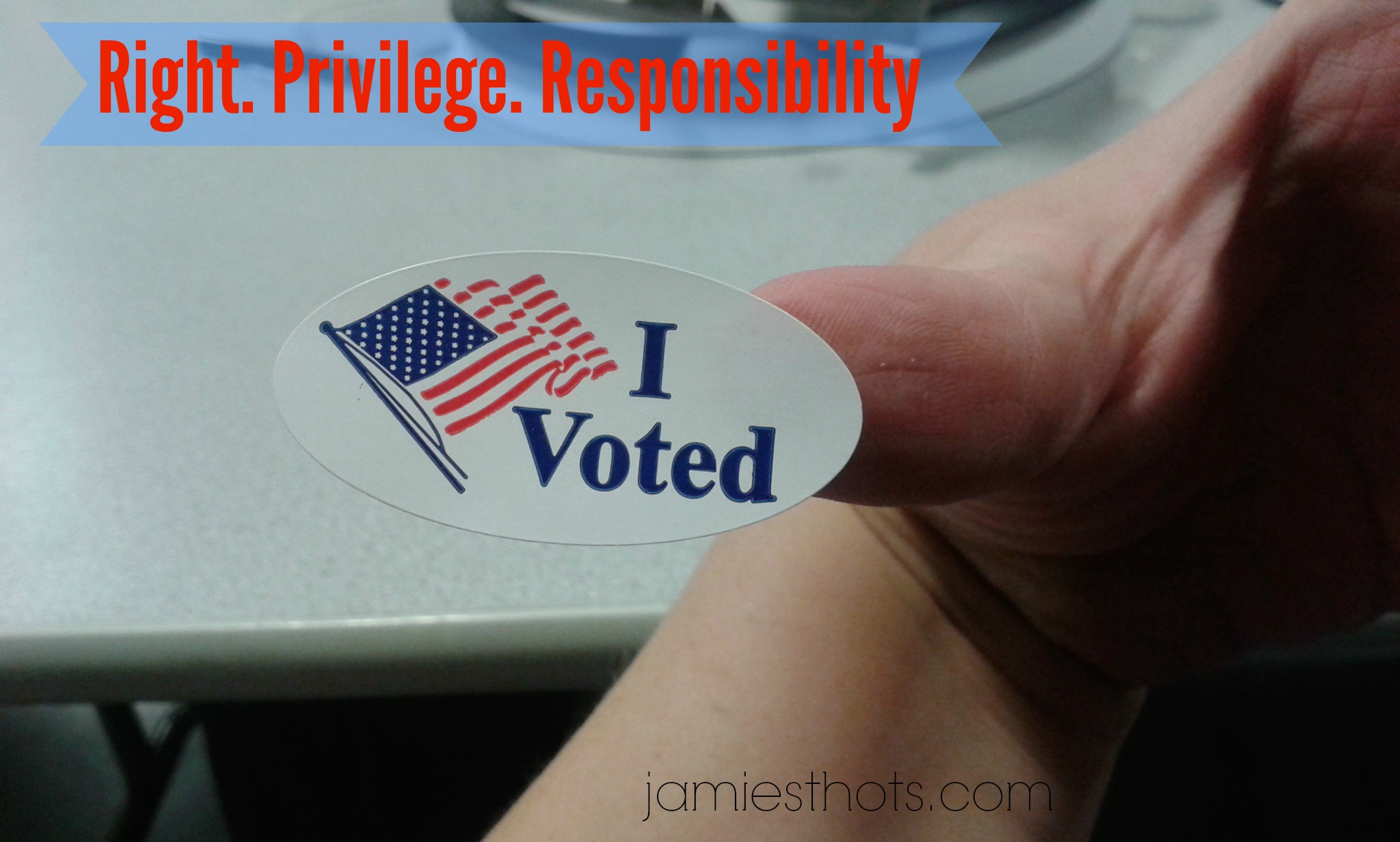 When most people think of “coming of age” landmarks, they think of driving at 16 and drinking at 21, right? The first one was important to me but I knew I wouldn’t be taking driver’s ed until after my 16th birthday so I didn’t get too worked up about it. And for the drinking, I attended a college where I was contract-bound to not partake while a student so that wasn’t a big deal either.

When I turned 18, however, I couldn’t wait to vote. I was raised to respect God and country and knew the value of our voting system. As Americans, we have an amazing right, privilege and responsibility to have a voice in our government through our vote.

The early years of voting

My first voting experience was a little strange. I was so excited and determined to make well-researched, wise decisions that were based more on who had the most signs. The voting location was in the basement of our local fire station. I walked then and had to walk down a very, very steep hill (or maybe stairs?) to get there. It was so weird.

The following election I was at college (I think this was the presidential when Clinton was elected a second term). I was determined to exercise my right to vote so I voted absentee. It felt like a standardized test having to fill in all those circles.

When I moved to Oklahoma, I did something I never thought I would do. I registered as the opposite party of what I actually believe. I wasn’t being rebellious, it was strategic (and not in an evil way). Most people in that area were of that party and therefore most races were decided in the primaries because no one registered in the other party. I had to register as the popular party so I could actually have a voice. When I moved to Arkansas, it seemed like the most changes happened in voting life over the years. First of all, I was able to register in my preferred party and still have choices.

Also, this is when early voting became a thing. I used to think the idea was stupid but tried it once and never looked back. We lived a block and a half from the county administration building in Bentonville so all I had to do was go there at my leisure and vote. If I waited until election day, my precinct was hard to access and always busy.

When we moved to Elkins, it became easier and more fun to vote on election day. Instead of driving 20 minutes to the county seat so we can wait in line to vote, we drive five minutes to our Elkins Community Center and have nary a wait.

Some of you might be surprised at an admittedly strange policy I adapted while a reporter in Arkansas. I realized that when I did preview stories on races I would be voting in, I had a hard time thinking like a reporter then taking the information I learned to make a decision as a voter. My solution was to use my position as a reporter to help people make well-informed decisions when they vote. That meant I would not vote in election races I covered so I could do the interviews and writing with a clear mind. Crazy? Yeah, probably. But it worked.

Two more changes happened in recent years to voting procedures in Arkansas. Not to get all political on you, but I like them both.

The first was changing to electronic voting. It’s seriously easy-peasy and takes away the “standardized test must fill in the tiny holes” anxiety.

They even give you a “cheat sheet” that explains the process. I have no idea why each step is in a different font. That’s just weird. The second change is more recent and that’s the requirement that we have to provide some form of official photo ID. It could be a state photo ID, a driver’s license, passport, student ID, etc. There’s some who say this law is racist but to me it only makes sense in the age of identity theft and potential voter fraud. After all, no one calls it racist when one must provide a photo ID for every. other. official. function. (By the way, I will not debate this issue so please be respectful in your comments if you disagree). With this change came another one…no more paper voter rolls. They scanned my ID into the system and were able to look me up on their tablet. Much more efficient and environmentally friendly.

So what’s your voter story? Do you vote? Why or why not?