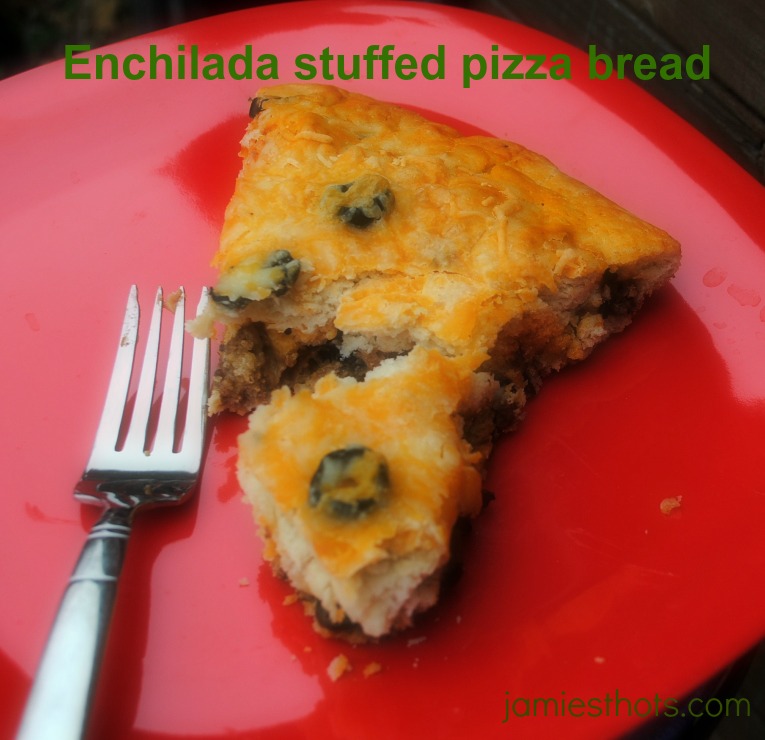 Welcome back for another episode of “the Smiths got curious and creative in the kitchen!” This time we tried to make enchilada stuffed pizza but it came out as stuffed bread instead. One of these days we will modify the below recipe to create what we were originally intending, but what came out was so darn good I had to share it here on the blog.

We love the stuffed crust pizza from Papa Murphy’s Pizza and we love enchiladas so one day, it made perfect sense to combine the two. That’s normal, right? As I said above, what came out was more like stuffed bread because the crust was so … bready. It was so thick that it encased the filling.

We doubled the crust recipe we found online and we think that’s where we went wrong. We should have split a single recipe into two parts instead of making a double recipe. No matter what kind of crust, this is delicious and a fun way to enjoy the enchilada flavor with something other than tortillas.

This is a great idea for the holidays when you’re tired of turkey and ham, or for any winter night. Heck, I’d make this any time of year and just crank up the AC when I had to run the oven.

Preheat the oven to 450 degrees F

While you’re waiting on the various parts of the crust to finish, you can start on the enchilada stuffing.