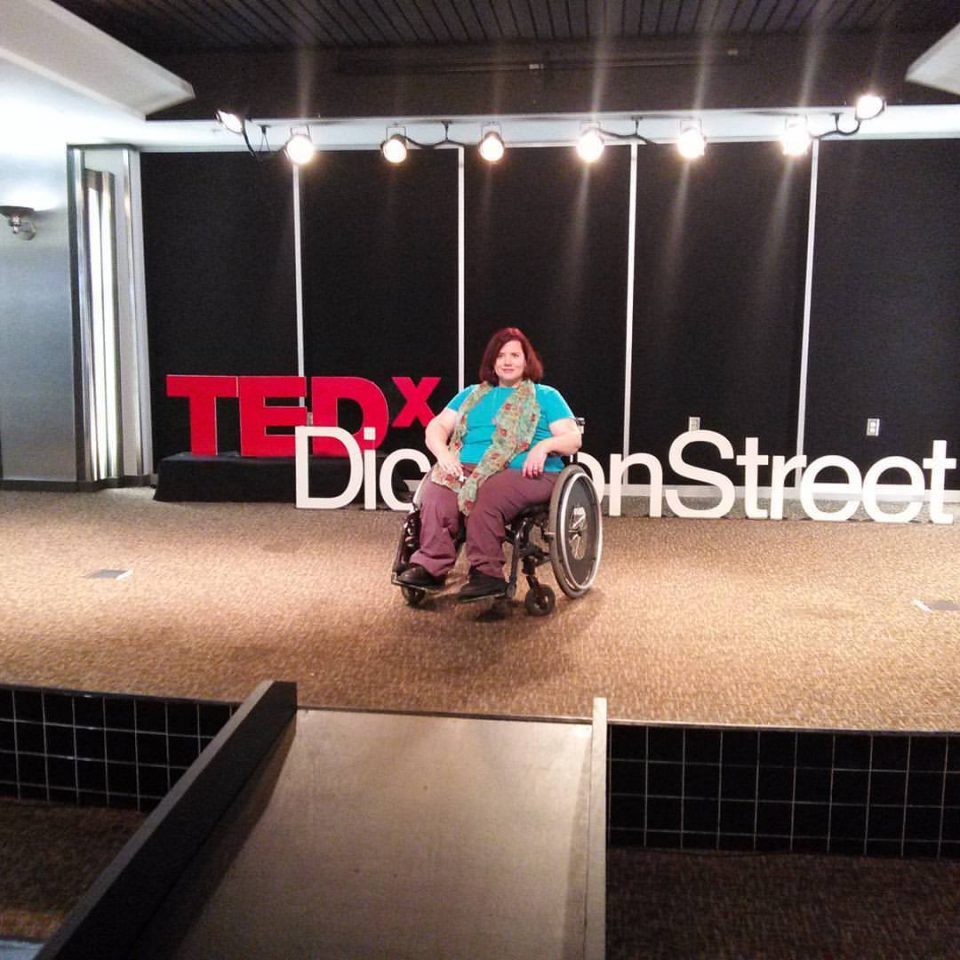 Today’s blog is a bit of a mix. It’s about disability, it’s about empathy, it’s about communication, it’s about boundaries. What I want to focus on most, however, is empathy.

I recently had the honor of presenting a TEDx talk called “Do You Hear What I Hear?” where I share four common scenarios that often happen between me and able-bodied people. The scenarios are all situations where the individual is assumed to have good intentions but their words and actions are out of place.

In that video, I encourage people to stop trying to put themselves in my shoes (or butts in my seat) and try to see the world through my eyes. I will share the video at the end, but first, I want to share my thoughts on empathy and this concept of viewing the world through people’s eyes not our own.

We’ve all heard the phrase “put yourself in their shoes” or some variant. It’s designed to encourage empathy, but I’ve thought for a long time that it misses the mark.

What that concept does is tells us to put ourselves, with our preconceived notions, life experiences (or lack thereof) and belief systems into someone else’s situations. That doesn’t work. While I’ll be the first to tell you that I believe in many universal truths, it’s also true that what works for one person simply can’t work for another.

It’s even more true that there are some concepts that we can’t understand until we’ve lived it. This is true in many relationships including race, gender, and any other relationship where two people come from diverse worlds.

I can’t tell you how to have empathy or how to form relationships with people who are different from you. I do think it has to start with honestly listening to each other instead of always trying to find ways to discredit whatever the other person is saying. Give people the benefit of the doubt that they just might know a little bit more about their situation and how they are treated than you do.

Now, let’s take a look at that video! As some of you may know, I was in Toastmasters for three years and really enjoy public speaking. When the call for applications for the local TEDx Dickson St. went out, I definitely wanted to apply and I had a message that I thought would be a perfect fit.

To be honest, I almost didn’t apply. I was freaked out about being videotaped because I don’t translate well to film. I could just imagine the rude comments I would get when the video went on YouTube. I’m too sensitive. I’m too fat for people to want to see me. I have a spiritual problem because I don’t just let people “help” me in the way they see fit because it makes them feel good. All these are things I’ve heard before on a small scale but putting it out there for the entire internet seemed like welcoming constant criticism from strangers.

So far, that hasn’t happened but I’ve come to peace with the idea that it might. The message of how to treat people with disabilities and, on a larger scale, this idea of seeing the world through other people’s eyes, was so important.

I’d love it if you watched this through (it’s about 15 minutes long) and shared it from the YouTube channel!