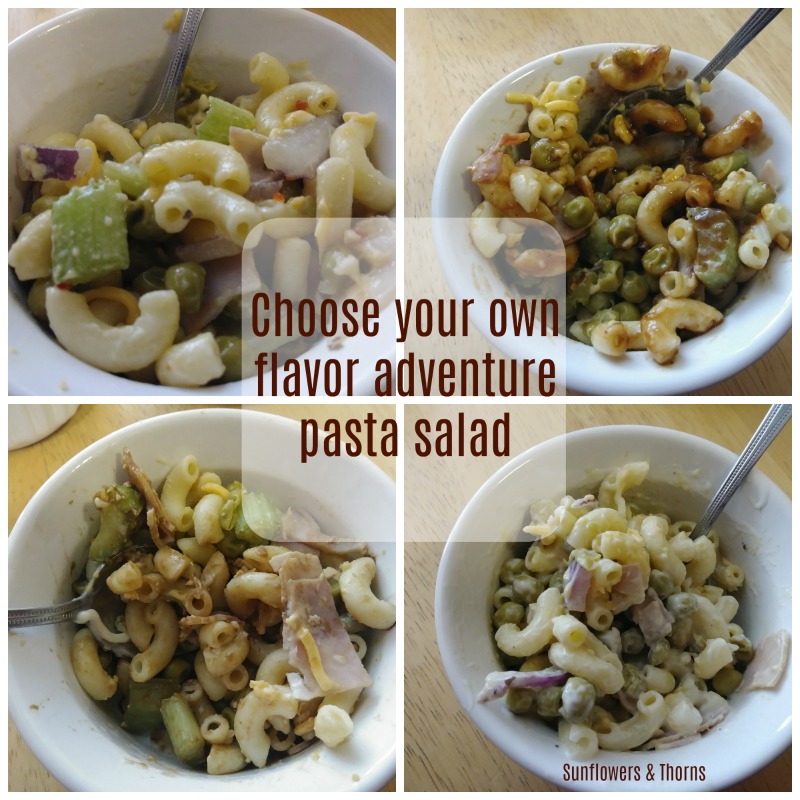 I’m sure we’re not the only ones who have made the wrong amount of pasta for the amount of sauce we had, right? Well, a while back, my hand slipped and I ended up making way too much pasta that I needed something to do with.

As it turned out, we also had red onion and celery that also needed to be used up. I had some great Black Forest Ham so my mind’s wheels started turning a bit. I had my idea in mind, based on some research I did but I didn’t know what kind of sauce to use. I didn’t want to ruin an entire pasta salad by choosing the wrong sauce so I decided to try out sample servings.

I still couldn’t decide and realized that’s OK. Here’s a hint: If you don’t want to let people choose their own flavoring, this pasta salad is quite tasty on its own. But it’s also more than OK to let people have their sauce and eat it too. Or, whatever.

My measurements on some of this are vague because it was “to taste” and “what I had left”. I didn’t expect this to be “blog-worthy” the first time out, to be honest!

Enough of my storytelling. Let’s get to the recipe!