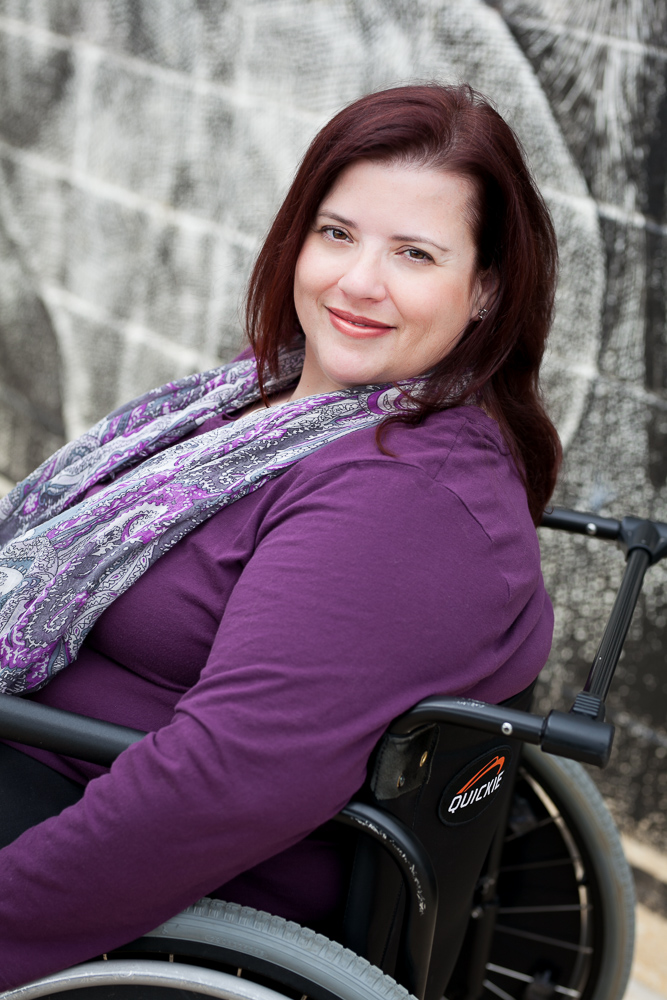 Ever since I was a teenager, I remember having peers tell me privately that they appreciated when I raised my hand to ask a clarifying question. Or to challenge something I had heard by asking questions of those in authority. They would tell me they had the same questions but were too scared to speak up.

For the first time in my life, I have a distinct sense that I am being called to raise questions, to grow awareness, and to challenge the status quo. I’m choosing to embrace it, but learning to label myself a disability advocate still feels uncomfortable.

How is it different?

On one hand, it’s no different than when I raise questions to get clarification or affect change so that I can succeed in my next steps. After all, like many others with disabilities, I often find that the physical barriers and discriminatory attitudes are more problematic than the effects of being born with a hole in my spine.

Yet this is different. Instead of self-advocating in the moment for a barrier to be removed or for a rule exception to be made, I’m stepping out and creating a purposeful platform. I’m purposefully educating people and speaking up about the lack of access and the ableist attitudes that allow many barriers to continue in our society.

I’ve never tried to hide my disability; to attempt to do so would have been pointless. I have always used mobility aids and that something was “wrong with me” or different from the other kids was always clear. People can say they “don’t see the disability” and they are trying to be kind, but it’s always a lie. And, in many ways, it’s a passive-aggressive way of saying they don’t see me for who I am.

But something I’m realizing about myself is that I have spent my whole life trying to blend in as much as possible. Showing how, despite my disability, I can fit into and adapt to the world around me. A world that was not created for people like me and refuses to embrace me.

Even in cover letters for jobs, I would bring up the idea of being a person with a disability and paint it as a challenge I’ve overcome. To be sure, I would always work with employers and others to get the modifications and exceptions I needed. But I did it in a way that made it possible for me to blend in as much as possible.

I can’t tell you how many times people have said or done things to me or about me that made me feel uncomfortable, unvalued, and even unsafe. But I almost always felt like to raise a stink or to call them out would be rude or somehow making it clear that I was different and would be perceived as me seeking special treatment.

Maturity, the power of connection through social media, and, I believe God, have all made me realize in the last few years that I’m not alone. That I wasn’t wrong for feeling uncomfortable in certain situations. I wasn’t crazy or getting upset about something that wasn’t real.

I’ve also come to realize (or perhaps just admit) that I have a voice. I’m no longer a reporter who is required to stand back on the sidelines and just observe and report. I have a unique way of explaining things so that people can see the world through other people’s eyes. I’m persistent but without (usually) being a jerk.

Yet, even with all this knowledge of who I am and what I bring to the proverbial table, I am for the first time forcing myself to bring awareness to my disability. Instead of being quiet about it and trying to blend in as much as possible, I’m choosing to share my challenges. Choosing to bring attention to what hurts. To what prevents me from being successful.

I think a part of me will always feel unsettled by this. But until people understand the problem, they can’t be motivated to make the necessary changes. It would be easy to just stick to my various disability support groups and gripe about the problems. But that solves nothing. It educates no one. I would argue it even would allow me to be complicit in perpetuating the problem.

This process has already opened my eyes in many ways. I’m learning more about disability barriers that, because they don’t affect me, never occurred to me. So in that way, I can empathize with those I’m trying to educate.

It’s also opened my eyes to people’s attitudes. No one likes being called out for their behavior, especially if their pre-conceived notions inform them that they are in the right. This journey is already opening my eyes to how many people are so entrenched in their ableism that they refuse to see things through someone else’s point of view. It’s taught me a lot about who are wise to consider part of my close circle and those who simply are not.

I feel like I’ve also had my eyes opened to the value of boundaries. As I’ve watched people from other discriminated against groups advocate for their rights, I’ve witnessed frustration, triumph, and heartache.

I’m learning when I need to take a step back from the fight temporarily to protect my heart and mind. I’m also learning to recognize when I get so fired up that I’m losing effectiveness. Or worse, when I’m starting to see those who have privilege over me as the enemy, instead of what they are… a fellow child of God.