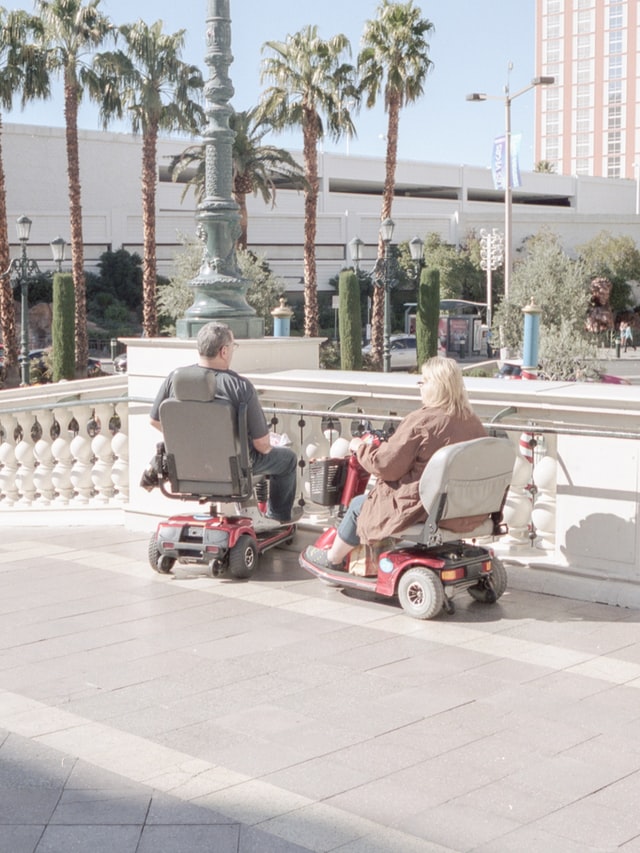 I should probably start this blog by reassuring anyone reading that this will not include overly private details or graphic descriptions.

The first time I was asked about my ability to have and enjoy sex despite my disability I was 12 years old (sixth grade) and it was questions from my Sunday School teacher. I told her I didn’t know because … 12.

Another time, I was in junior high and somehow, the subject of marriage and whatnot came up. The teacher was trying to be delicate (I assume) but he said that it would take a very special man to be willing to marry me. This was in front of a group of my classmates. I was devastated and it influenced my self-esteem for decades to come. He had no business expressing that, especially in front of my peers.

I remember when I was a child and I found a lot of different pamphlets related to Spina Bifida in our basement. Our family was involved in the Spina Bifida Association of Kansas so we had all kinds of brochures, pamphlets, and other materials to help families and individuals regarding Spina Bifida. I was actually in one or two of the brochures!

One of these pamphlets that I read frequently, even as a kid (I was a bit precocious), was about living as an adult with Spina Bifida. Of course, one of the topics was about sex.

I didn’t know much then, especially about this topic, but I instinctively felt this was awful advice that was more harmful than helpful. Yet, I didn’t really know what to replace it with. How was a person with Spina Bifida supposed to show that they were human just like anyone else? That they had the same basic instincts (sexual, social, and security) as anyone else?

Before I go on, let me explain something. It’s a common issue that people just assume that people with disabilities are asexual beings. We can’t do “it” and we must clearly have no desire for sex. Spoiler alert: both are bald-faced lies that do nothing but show how able-bodied society misunderstands and looks at people with disabilities as less than. It’s not uncommon to see disability advocacy or joke Tshirts that imply the person in a wheelchair is having sex. Some people feel the need to be flagrant and (I believe) obscene to get the point across.

Why bring all this up? That’s what I’ve been asking myself. To be honest, part of it is simply a challenge for myself to delve more deeply into Spina Bifida Awareness during the awareness month. I promised myself and others that I would share more than just the facts and tell my personal story. So why am I not talking about my marriage here? Well, that leads me to another point.

It’s none of your business. If you want to be a voyer or learn something for your own situation, there are plenty of sites for that. None of the people who have tried to speak to me about sexuality or any other form of intimacy had any business doing so yet they felt the privileged freedom and put me in those positions. Both the people mentioned above showed lack of comprehension of disability or respect for boundaries. They would not have said those things to any other person in their young teens, I can almost promise you.

But more importantly than all of that, I feel like awareness about disability and sexuality speaks back to those three basic instinctual needs all humans have. Those of us with disabilities are no different from you. We have a need for intimacy and we have the same basic other needs as anyone else. How we go about it might just be a little different.