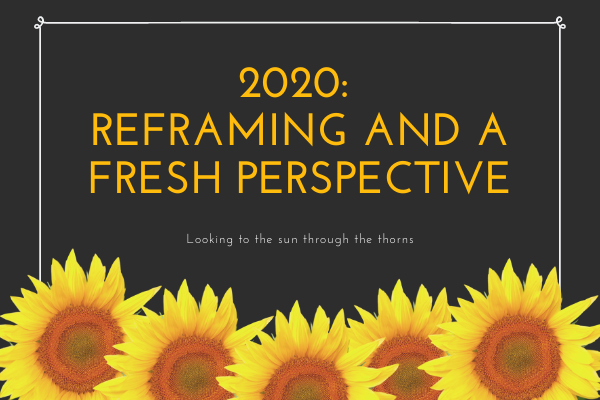 Today, as I write this, it’s February 6, 2021. Most people write their “wow, what a year last year was and these are my goals for the coming year” blogs somewhere around January 1. Most would say I’m a little late.

I’m late but deciding to give myself grace and say this is just the right time to share these thoughts publicly. I don’t have to tell anyone that 2020 was a miserable year. I could list all the things that went wrong and then talk about the pandemic. Yes, two different things.

But what’s the point? When I start to make a list, I can’t even remember everything that was a heartache, a struggle. I’ve deciding to stay true to my blog’s theme, which is looking to the sun through the thorns.

So, here is a fleshed out version of a Facebook post I made on January 1. I decided to list as many things as I could think of that went right in 2020, even if it’s a positive that came from a negative. This doesn’t deny what went wrong; it just helps me not be consumed by it.

To get out the mindset I’ve found myself in most the year, which is to keep an ongoing and cumulative list of everything that hurt in 2020.

I know none of this reframing takes away the pain of all the messed-up stuff from 2020 but it does give it a new, more complete perspective. What good things can you list from the year?