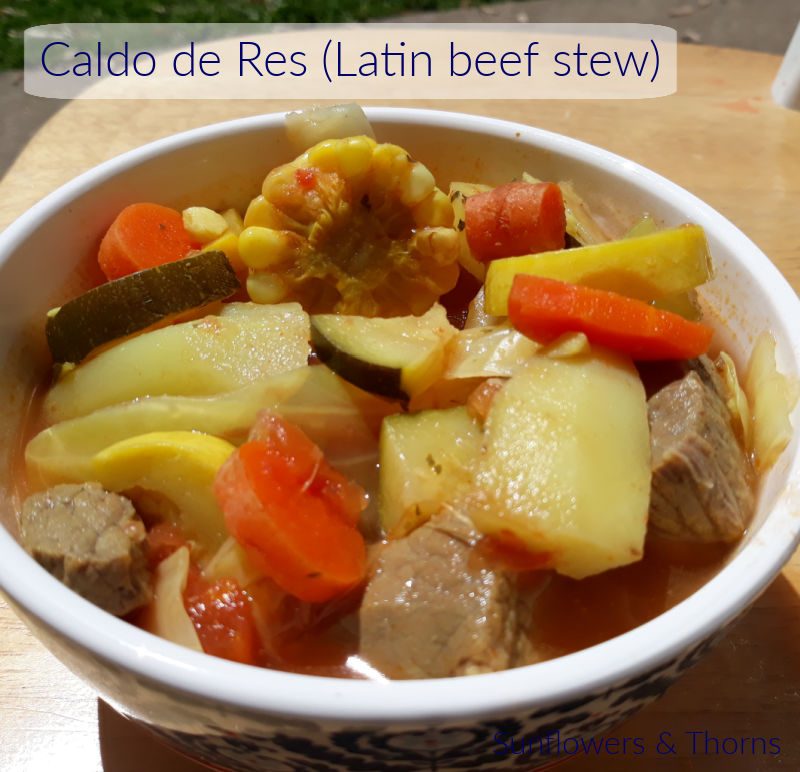 A couple of weeks ago, I was feeling awful as I had such a bad sore throat that I was put on antibiotics and over-the-counter pain medication, plus I had my second COVID-19 vaccination shot. I was exhausted, could barely talk, and just wanted to be soothed. I told my husband I just wanted noodles and soup or something.

Weird way to start a recipe blog, eh? I’m getting there. My husband was tired too from working nearly 20 hours of overtime so we ordered a bunch of House Lo Mein from one of our favorite local Chinese food places for our “going out food” and since neither of us wanted to go on an extensive grocery shopping trip, I asked friends for recipes that included the veggies we had and stew meat (beef). I got some amazing suggestions but we settled on this recipe from my friend, Melissa.

I still needed to go to the grocery store for a few essentials but decided to alter the recipe a bit based on not wanting to buy a bunch of extra spices or extra veggies. We also weren’t in the mood to deal with bones and already had de-boned stew meat in the fridge. You are welcome to use my version or the original version. I’m curious how it tastes with the original spices! See notes at the end about quantities and things I would do differently next time!

What I will consider doing different next time